As rail firms look to make cost efficiencies, having the right strategy for both planned and unplanned maintenance can be a significant boost to the bottom line

There isn’t a rail company in the UK that isn’t under severe pressure from the government, its stakeholders and, of course, its customers to run a highly efficient service while spending less to do so. Unfortunately, inefficiency in a number of areas often affects both profitability and service levels.
One area that rail firms should be looking to tighten up on is procurement spending for maintenance, repair and operations (MRO). In this type of procurement there are two distinct areas – planned maintenance and unplanned maintenance.
“When it comes to planned maintenance, the secret, as the name suggests, is in the planning,” explains Keith Johnson, Industry Sector Manager at RS. “Ideally, rail firms should have a clear maintenance schedule set out in advance, which means downtime can be chosen to avoid inconvenience to the paying customers. This allows engineers and procurement to order any parts they require from trusted suppliers in advance so that they get the best price and the quality of product required.”
However, Johnson is keen to point out that it’s often a false economy to look purely at price when it comes to purchasing parts for planned maintenance. “There’s a constant pressure to do more for less, and the franchise system can create an element of short-termism,” he says. “People may spend hours looking around to knock a few pounds off a purchase with a non-approved supplier. However, they don’t appreciate that the extra time taken to find that price, combined with potentially going through a slower sign-off procedure, mean that the item ends up costing the business far more in the long run.”

"It's more effective to have a small number of approved suppliers with a consolidated selection of products"Keith Johnson, Industry Sector Manager, RS

“It’s much more effective to have a small number of approved suppliers with a consolidated selection of products, ideally making use of an eProcurement system to speed up the purchasing process,” adds Johnson. “This means that engineers get the products they want, much less time is wasted in making the purchase and everything can be tracked by the procurement department.”
Focus on priorities
Unplanned maintenance is another area where Johnson believes companies should be mindful of working with the right suppliers. Rail firms risk fines if stations are shut due to faulty equipment. That means the priority needs to be around stock availability and service.
“With unplanned maintenance, it’s vital to have suppliers who have as wide a range of stock as possible and who can delivery quickly since the longer equipment is out of action, the greater costs the company may incur,” says Johnson. “At RS, we have a comprehensive range of stock and work with our customers to deliver critical parts as quickly as possible.”

"A large supplier such as RS can get parts out next day delivery, which is often quicker than internal distribution"Keith Johnson, Industry Sector Manager, RS

“Many companies hold huge amounts of parts internally that they distribute themselves,” he adds. “In some cases, this is correct as they have critical parts on hand, but often, a large supplier such as RS can get these parts out next day delivery, which is quicker than internal distribution. By doing this the organisation also saves money on storing parts they are not using.”

Keith has worked for RS for nearly four years as Industry Sector Manager, responsible for helping customers within government, defence, aerospace and transportation define their procurement strategies. He has many years of experience in sales and commercial roles within leading brand companies including Diago, G&J Greenall, Kelloggs, Guiness and Kraft. 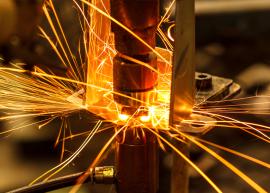 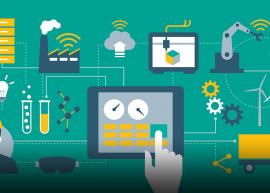 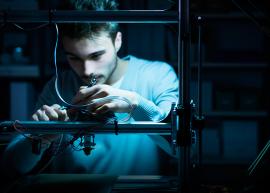