A new wave of technology

The industrial internet of things could provide a welcome boost in productivity for the water industry, if security is made a priority

The Fourth Industrial Revolution and the industrial internet of things (IIoT) are set to affect most industries in the UK, with connected devices, big data, artificial intelligence (AI) and other digital innovations set to revolutionise many accepted patterns and processes. The water industry is at the beginning of its IIoT journey, with many organisations unsure about which technologies to invest in for the best possible impact. RS Components recently held an event at its Nuneaton distribution centre to prompt debate and share expertise about this crucial subject.
Attendees were a who’s who of senior water-sector procurement and supply figures from Severn Trent, Thames Water, Southern Water and many others. The event was hosted by Chris Cruise, Industry Sector Manager at RS Components, with insightful talks by RS Components’ Technical Director for Northern Europe Richard Jeffers, and Chief Information Security Officer Joseph Da Silva.
The water sector is different from others in that it relies on infrastructure that can be more than 100 years old, and uses machinery built any time in between. However, Jeffers is keen to point out that the Fourth Industrial Revolution doesn’t mean scrapping everything and starting again.
“There isn’t going to be a purge of all old technology,” he says. “Previous infrastructure and technology will exist side by side with new digital technology for a number of years. But if we get it right in the UK, it will create efficiencies and wealth for our businesses and there are opportunities there for all sectors.”
Increasing productivity
This applies to MRO (maintenance, repair and operations) too, where IIoT should make it possible to increase productivity while reducing machine downtime and the time needed for repairs. However, choosing which technology to invest in, particularly with capex at a minimum in most water companies, is crucial.
“The important thing is to make sure any changes you implement are application-led rather than simply technology-led,” explains Jeffers. “You don’t buy a new sensor and then try to work out what sort of problem you can solve with it.

“You need to start with the problems facing your organisation and then look at whether technology can help you solve them”Richard Jeffers, Technical Director, RS Components

One option when it comes to maximising budgets is to make use of existing telemetry. “With water companies, there will be lots of machines you already own that have sensors in place,” says Jeffers. “You simply need to look at how you can access the data they are generating and use that to make improvements.
“You can do that by making use of data scientists, who turn big data into meaningful outputs,” he adds. “In some cases this may simply be turning off a motor if it reaches a certain temperature or level of vibration. However, the really exciting opportunities are around cognitive analytics tools, which use the data to predict outcomes and make recommendations to fine-tune your systems.”
An RS Components customer in the water sector is already using the technology to improve its EGSB (expanded granular sludge bed reactor). “This company created a digital twin of their system, where they have monitored every piece of data they can around their EGSB to create a digital model identical to the real thing,” explains Jeffers. “With this twin it’s possible to start to change some of the inputs to optimise the system without having to do it on the real system. The more you use these models, the more powerful they become.”
Security concerns
Regardless of the cost implications and potential benefits, there is also nervousness about connected devices in the utilities sector because of the potential security risks. An example of what can go wrong occurred in Ukraine in 2015, when hackers took over a regional power grid and were able to switch off the power to more than 230,000 consumers[1].
Da Silva believes that water companies are right to be conscious of data security but says they have to weigh up the risks versus the benefits and ensure they have a clear strategy to deliver effective security. “There can be inherent security weaknesses in the technology used for IIoT and as a rule of thumb, the cheaper the device, the more weaknesses it’s likely to have,” he says. “Simpler devices are designed to communicate in a simple way, which means they are easier to hack. Often however, these devices are simple sensors that may not provide access to particularly sensitive information – but that’s a risk assessment that organisations need to perform on a case by case basis.
“The most complex IIoT devices are effectively computers with their own operating system,” he adds. “This means they have the potential to be used to run denial of service attacks and data-stealing malware, but conversely also have the necessary computing power to run strong encryption and therefore offer greater protection.”
The water industry has an added risk factor: many of its devices, such as water meters, can be accessed by anyone who lifts a manhole cover. “Where there is little that can be done to restrict physical access to devices, it’s crucial that they are designed to prevent any easy intrusion points, such as unnecessary data ports where people could attach devices,” says Da Silva. “If they transmit data wirelessly, it is advisable to ensure that the device has the capability to encrypt that data.”
Stay ahead of the cyber-criminals

With reported IoT security attacks increasing dramatically [2] this is not an issue that organisations should take lightly. However, Da Silva believes that the business benefits of IIoT make using the technology worthwhile – the key is to ensure that security is designed in from the start. He suggests 10 steps that organisations can take to protect themselves:

For attendees of the RS event, the talks by both Jeffers and Da Silva provided plenty of food for thought. Several commented that they have ongoing issues with downtime in their sludge treatment plants, which costs in the region of £30,000 a day, and they would be keen to explore how they could adopt a predictive maintenance approach for these.
For those organisations looking to adopt IIoT, there was also a clear message: knowledge and help are available. Suppliers such as RS are happy to facilitate discussion and collaboration to help businesses find solutions that make them more effective and drive the industry forward.

Richard has a wealth of experience in the Manufacturing, Services and Infrastructure industries. A Fellow of the Institute of Mechanical Engineers, he is working closely across RS and with the Group Innovation team to help accelerate the development of RS’s evolving technical Value Proposition.

Joseph is an accomplished Information Security leader with extensive IT and Business experience across multiple sectors; he is driving RS's Information Security agenda to help both the organisation and its customers to understand and address risk whilst enabling business growth. He holds CCISO, CISM and BCS qualifications as well as an honours degree in Biochemistry and is currently performing research for his PhD. 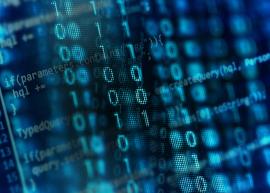 Are you ready for maintenance 4.0? 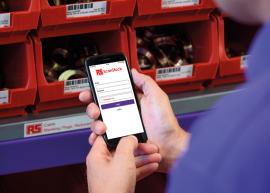