Investing for the future

access_time 3 minute read time
The subject of energy efficiency in manufacturing has become an increasingly hot topic in recent years as businesses in the sector face up to increasing legislative pressure to reduce energy consumption, but also realise the benefits for themselves.
One of the biggest drains in power on a processing plant comes from the motors used in motion control or automation. The technology is particularly prevalent in the food and beverage, consumables and packing industries.

"By being more energy efficient a business could can make huge savings on energy costs, which can make them more competitive in the marketplace" Kashif Siddique, product engineer, Teco Electric Europe

The good news, according to Kashif Siddique, product engineer at Teco Electric Europe, which makes these motors, is that this is an area of manufacturing that has seen the biggest improvements in energy efficiency in recent years. “When it comes to getting motion control right, there are two things that manufacturers are looking for now,” he says. “Firstly, is accuracy / positioning. The second is energy efficiency.
“Over the past five years especially, the technology and innovation around motion control has really improved, which has led to motors that use far less power,” he adds. “A conventional drive system only converts around half the power from mains electricity into mechanical power, so there’s a massive amount of energy lost to friction and heat. Companies like Teco have successfully invested in R&D to greatly reduce this waste.”
Push and pull
There are two clear motivations for companies to improve this aspect of their business – push and pull. The government, through the 2015 IEC regulations that require products to meet certain levels of energy consumption, are pushing companies to make improvements. But, according to Siddique, organisations should also see the pull of potential cost savings they can make and embrace new technology.

"It's important to see both suppliers and manufacturers as collaborators when it comes to driving down energy costs"Kashif Siddique, product engineer, Teco Electric Europe

“It’s important to look ahead and pre-empt legislative changes by updating equipment early, but the fact is, it’s in everyone’s interest that companies improve their energy efficiency in this technology, because the costs affect the business, and will also be passed on to customers,” Siddique says. “By being more energy efficient a business could make huge savings on energy costs, which can make them more competitive in the marketplace.”
There are a number of products on the market that will help businesses to achieve great energy efficiency in motion control, and it’s an area that is improving all the time.
In response to the 2015 IEC regulations, and new legislation being introduced in 2017, Teco now ensures that all of its stock motors meet the IE3 standard that are required by law. However, the firm is also producing IE4 motors because it knows further regulations will require even greater efficiency in the future. This also allows the more forward-looking companies to stay ahead of both the regulations, but also their competitors.
The principle doesn’t just apply to motors either, as Siddique explains: “Companies should also be looking at control gear as well. For example, if you run a fan in your production plant off the mains electric and control the flow by mechanical means, you would use significant amounts of power, but if you run that fan through an inverter drive and reduce the motor speed by 20%, you could achieve the required flow.”
Planning investment
While the need to upgrade equipment is clear, the question remains when and how this is done. Many firms simply wait until technology fails before taking the plunge and buying new, energy-efficient replacements. This, however, could be more costly in the long run.
“In a lot of cases it is well worth upgrading motors now, even while the older ones are still working,” says Siddique. “This is because the payback a company will get through reduced energy costs makes it more cost-effective in the long run, and the earlier they adopt the technology, the sooner they will start making savings.”
The challenge here, however, comes down to the strategy at a business and having a clear vision across all departments. “It comes down to the mentality of people involved in the buying decision,” says Siddique. “It’s often easy for procurement teams to focus solely on the unit cost that the business has to pay up front, but by speaking with the engineers and suppliers, such as RS, it’s possible to see the longer-term savings the business will make, which over the life of the product will more than repay that initial investment.”
Siddique encourages companies to make use of third-party partners to help evaluate the cost vs benefits of investment and to identify the right solutions for their needs. “It’s important to see both suppliers and manufacturers as collaborators when it comes to driving down energy costs,” he explains. “Suppliers like RS are always talking to manufacturers like us to spot the next innovations in the marketplace, and they can share that insight with companies and help them make informed decisions about how they can improve their energy efficiency and drive costs down in the long term.”

How to future-proof your tender process 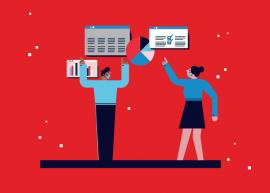 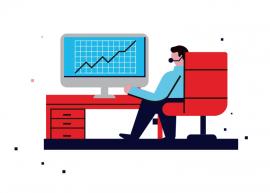 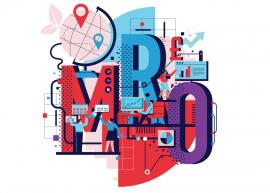