As a new survey shows more manufacturers are connecting their infrastructure to the cloud, carmakers are committing to training tomorrow’s engineers. Plus, Neptune Energy has got the go-ahead to increase North Sea gas production to tackle the energy crisis. This is your November news roundup from RS.

Public sector
Charities play a key role in providing public services in the UK but they are not being paid enough to cover their costs, according to a new report from charity think tank NPC. Although £17 billion of public procurement goes to charities, NPC says legislation does not place enough emphasis on the social value they deliver and the money they save mainstream services.

NHS Trusts will in future have to seek Cabinet Office approval for any clinical and non-clinical spending over £10 million, according to the Health Service Journal. The Health Care Supply Association, which represents NHS procurement people, warned the new rule could create supply chain bottlenecks. Roughly 1,200 contracts a year are expected to be reviewed in this way.

Housing associations (HAs) will need to improve their procurement skills to comply with new public procurement regulations, the South East Consortium has warned. Writing in Inside Housing, Gavin Wolstenhulme, Procurement Manager for the Consortium – which represents 49 HAs – said smaller HAs without a procurement department are particularly at risk.

“Change is a constant in the public sector and it’s a real challenge for procurement teams, especially when regulations change, so it pays to keep your skills up to date,” said RS Industry Sector Manager Damian Wynne.

Utilities and power
Centrica announced the reopening of the Rough gas storage facility in the North Sea at the end of October. The facility is expected to store up to 30 billion cubic feet of gas over the coming winter, adding 50% to the UK’s gas storage capacity and boosting energy security.

Offshore gas producer Neptune Energy has been given permission to increase production in the light of the sabotage of the Nord Stream pipelines under the Baltic Sea. Offshore Energies UK says increased production, originally only approved for September, has been extended to the end of the year to improve energy security.

The new UK oil and gas licensing round announced by the government to protect energy security may actually strengthen the move to net zero, according to Offshore Energies UK. Greenhouse gas emissions from new fields will be much lower than in the past and new supplies will give time to manage the transition to zero-carbon power.

Process manufacturing
There was good news for canned food manufacturers in data from analysts Kantar. Canned foods are outpacing the rest of the grocery market, with canned soup sales up by 19.7% and canned tomatoes up by 8% – their highest levels since 2018 – driven by the cost of living crisis, foodmanufacture.co.uk reported at the end of October.

Food manufacturers have been urged to conduct quality checks on new CO2 suppliers as they struggle to find alternative sources following the shutdown of plants that previously provided 60% of UK needs. Food grade CO2 must be 99.9% pure and standards for beverages are even higher, according to foodmanufacture.co.uk.

Manufacturing
Mars and Accenture are to work together to build a “factory of the future” using AI, cloud, edge technology and digital twins. The work will transform production facilities in the UK and around the world making confectionery, food and pet-care products. Mars says the new technology will give factory line operators real-time insights into current and predictive performance.

More than three-quarters of manufacturers (77%) have at least half of their infrastructure connected to cloud-based devices, according to a new survey by The Manufacturer. Only 6% had no cloud-based infrastructure and a quarter had opted not to connect plant operations with enterprise IT systems.

T levels, the new post-GCSE qualification for young people aiming for a career in engineering and manufacturing, could solve industry’s skill shortages, says Make UK. But with 20% of study time spent learning on the job, the sector will need to provide 43,500 work placements by 2024. Fewer than 1 in 10 manufacturers currently host T level students.

“Digital technology is the key to the future of UK manufacturing so it’s vital that manufacturers embrace cloud technology and train the next generation of tech-savvy employees,” said RS Industry Sector Manager Richard Graham.

Transport and defence
Logistics company Maersk is switching from road to rail to deliver fresh fruit and vegetables from Spain to the UK in a bid to avoid traffic congestion and the European truck driver shortage. The new rail service will reduce CO2 emissions by over 90% compared to using trucks, according to Maersk.

Commercial aircraft manufacturer Airbus is tackling a shortage of critical parts by collaborating with other companies on its supply chain. A spokesperson told Supply Management: “We cooperate with other aerospace companies to share our analysis and anticipate possible bottlenecks.”

Luxury carmaker Bentley Motors has launched a recruitment drive to hire almost 120 new trainees at its Crewe factory in 2023. The announcement came as the company completed its 2022 trainee intake – its biggest-ever. Bentley says the 2023 recruitment will focus on digital skills and diversity as it drives towards an all-electric future.

“There’s no doubt that supply chain issues continue to pose a challenge across the sector, whether in critical parts or logistics,” said RS Industry Sector Manager Greg Sharp. “At RS we are working alongside our customers to anticipate issues and deploying our inventory management solutions.”

Chris has worked for nearly 20 years in sales and e-commerce roles at RS and is Industry Sector Manager. Chris leads a team supporting organisations within the utilities, power and communication sectors. He has previous experience in defence, government and education sectors.

Damian leads the Utilities, Energy and Communications corporate sales team in the UK. Having previously worked with the Public Sector for more than a decade, Damian has a proven track record of managing national sales teams. Damian has a legal and sales leadership background and is an Advanced Member of the Association of Professional Sales.

Richard has been with RS for nearly 10 years providing business support to a variety of customers. He now leads a team managing customers in the heavy industry, specialist manufacturing, OEM and FM sectors. Prior to RS, Richard worked in the telecoms industry.

Craig leads the team responsible for supporting large organisations within the Process, Chemical and Intralogistics sector at RS. With 20 years’ sales experience in B2B, Craig has worked across multiple sectors managing national and international customers and more recently has supported the Food industry with Personal Protective Equipment requirements. 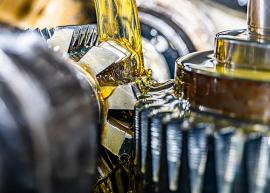