Procurement and MRO professionals have historically not been great at embracing social media. But the potential benefits of using new communication tools to improve processes, collaboration and best practice, and to cut costs, could be significant

Last year, 82% of UK adults said they used social media daily or almost daily, compared with 78% the year before and just 35% a decade ago, according to the Office for National Statistics. And now more and more of us rely on smartphones for our digital connectivity, with 70% of adults connecting this way last year, compared with just over
a third (36%) back in 2011.[1]
Chances are, however, that if you’re involved in MRO procurement, you’re not one of them, at least not for anything ‘professional’ or work-related.
“There is the odd exception, but I don’t think procurement professionals use social media at all, if truth be known. Procurement leaders tend to be more visible on platforms such as LinkedIn, but in comparison they appear to be quite thin on the ground on Twitter, for example,” argues Gary Clifford, Procurement Research Lecturer at Bangor University Law School and a member of the Institute for Competition and Procurement Studies.
“There tends to be a culture of silo working – there are both literal and figurative barriers at work, such as buildings we work in and the social boundaries we abide by,” he adds.
There appear to be a number of reasons for this. First, although naturally a generalisation, procurement professionals tend to be of an older age demographic ­– the average age of a chief procurement officer is around 42.[2]
Culture shift needed
While this does not, of course, preclude the use of social media, older generations are not so-called ‘digital natives’, so embracing digital and social media platforms can come less naturally; it can be seen as another task on the ‘to-do list’ rather than something beneficial or advantageous in itself.
Second, and probably more importantly, there is often a fear factor in procurement around the competitive and financial risks associated with sharing knowledge and information, and often for very good reasons, as Will Hughes, Professor of Construction Management and Economics at Reading University, explains.
“Good procurement can give you a competitive advantage and, often, a supply chain advantage; it is not just about your ability to price jobs. A lot of the work is going to be subcontracted – and one of the competitive advantages you are going to have is your relationships with your subcontractors.
“First-tier suppliers are really a conduit for money to pass down through the supply chain. The deals you do, the mechanisms and contracts you put in place, these are the procurers’ competitive advantage. So, naturally, people are not going to be keen to share that, except perhaps through a member-based set-up.

"There are proactive suppliers out there using social media, such as WhatsApp, to be a first-line resolver for issues "Will Hughes, Professor of Construction Management and Economics, Reading University

“Having said that, I am becoming increasingly aware of the extent to which many suppliers are beginning to use WhatsApp and Twitter to resolve customer complaints, but that is just from my personal experience. There are proactive suppliers out there using social media, such as WhatsApp, to be a first-line resolver for issues,” Professor Hughes adds.
Embracing social media
This anecdotal evidence is not the only sign things are changing, that procurement professionals are, albeit slowly, beginning to embrace social media and digital technologies to improve procurement processes, collaboration, risk and exception management, R&D, innovation and CPD.
According to Guy Strafford, Chief Client Officer at Proxima: “In the past few years we’ve begun to see procurement departments and organisations developing internal platforms to connect customer and supplier R&D departments as well as to encourage general idea and knowledge-sharing and innovation.”[3]
While some of this sharing evolution is coming through conventional social media platforms such as LinkedIn, Twitter and Facebook, there are now a number of social networking sites specifically aimed at procurement professionals, such as Procurious and CorporateBrainz, which are beginning to gain traction within the industry.
Earlier this year, for example, The Society of Procurement Officers in Local Government (SOPO) partnered with Procurious to launch a corporate, member-led version of the site’s community platform.[4]

"We all use the internet every day, so procurement people should be out there using social media to look for procurement leads "Paul Smith, Director, Society of Procurement Officers in Local Government

“I think procurement as a profession is probably generally behind the curve on this [social media],” says SOPO Director Paul Smith. “Nevertheless, what we have found at SOPO is that we have a lot of members around the country who are facing similar issues. They are all dealing with budget cuts, struggling to get to conferences or even just to travel because of the nature of the local authority landscape at the moment.
“Therefore, having somewhere where members can come together, where they can talk and engage, where they can learn from each other, is valuable. Because we are local authorities, it is by and large a non-competitive landscape; what has happened in one council is not going to be to the detriment of another. Another advantage is you can have your own private site within it.
“So, it might be, for example, a member in Devon asking, ‘has anyone come across an issue like x?’. A private environment for this sort of exchange is crucial to avoid any future issues that could be caused by sharing this information publicly. It is also proving useful to share documents confidentially.
“We are seeing people beginning to share and ‘like’ things – ‘have you seen this?’ or, say, ‘has anyone got a tender document for solar panels?’ or whatever it might be,” Smith adds.
Social MRO procurement
Finally, what about this technology in the context of MRO specifically?
“Absolutely something like this could work for MRO. We all use the internet every day to research suppliers as well as to discover and find new supplies. So, procurement people should be out there using social media to look for procurement leads,” advocates Smith.
“If, as a procurer, you, for example, have a call-off order with your main MRO supplier, then it would be quite handy for employees to be able to use social media to alert the maintenance crew that something needed to be looked at,” agrees Reading’s Professor Hughes. But he cautions that, naturally, you may need to ensure there are appropriate governance and quality assurance processes running alongside.
“I think this could be useful for something like MRO. The more people who can work together to prevent, and pre-empt, risk or injuries, the better,” adds Bangor’s Clifford.
[1]https://www.ons.gov.uk/peoplepopulationandcommunity/householdcharacteristics/homeinternetandsocialmediausage
[2] https://www.cips.org/supply-management/news/2013/november/42-the-age-procurement-professionals-reach-the-top/
[3] http://insight.proximagroup.com/3-reasons-social-media-is-important-to-procurement
[4] http://www.ebnonline.com/document.asp?doc_id=282459
access_time 4 minute read time 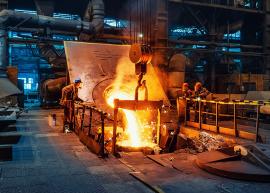