Keeping the lights on without breaking the bank

The costs associated with indirect procurement can be double the amount spent on the products themselves; a simple statistic that hides some tricky challenges.

As one of the largest providers of industrial supplies, RS Components is in a unique position to understand the needs of its customers, help them improve their processes and introduce efficiencies.
Procurement teams and engineers face many challenges when it comes to the maintenance, repair and operation (MRO) of their organisation’s assets and facilities. The supply chain for indirect materials is complex due to the number of stakeholders involved, a fragmented supply base and the sheer volume of products split across multiple categories. In addition, there is constant pressure to reduce costs.
So, if your organisation spends £100,000 on purchasing products over the course of a year, you may be spending a further £200,000 on processing or soft costs.
The SSEN challenge
It’s almost impossible to picture a world without electricity. But when the networks that distribute it were designed it would have been just as hard to imagine the way in which it is now used.
In the always-on, constantly connected 21st century, demand is higher and without many of the predictable peaks and troughs power companies were once used to. The kettle in your kitchen consumes electricity whenever you switch it on and, typically, is rated at around two kilowatts (kW). It takes just a few minutes to boil the water you need.
But what if you have a plug-in hybrid or even fully electric car? Its battery is likely to be between 3kW and 7kW. Plus, you’ll probably be charging it for several hours. That’s one of the most illustrative examples of how consumption is changing.
Scottish and Southern Electricity Networks (SSEN) is the electricity distribution network operator in central southern England and northern Scotland – it is responsible for keeping the lights on for its 3.8 million customers across its 132,000-kilometre network. To cope with changing customer demand, SSEN is constantly investing in improvements, and has also embarked on an ambitious programme to shift customer attitudes and behaviour.
Working with customers to use energy-saving devices in large volumes could start to ease the burden on the network. For example, LED light bulbs use between 80% and 90% less electricity than standard ones. So, the scope for reducing demand for power, and cutting bill-payers’ costs, is enormous. Which is why SSEN embarked on the SAVE Project – to get people interested in LED lighting and other key ways to save energy.
The solution
The company mapped out a five-year scheme involving 4,000 customers divided into four equal groups. One was a control group, the others were given different energy-saving incentives, including LEDs. The groups’ energy consumption across three high-consumption winter periods would be monitored closely.
That meant distributing information to customers on the advantages of LEDs, giving them discounts on bulbs, and even installing them in customers’ properties.
RS Components played a vital role in the project, helping with both fulfilment and customer education. Thanks to its in-depth knowledge and understanding, it was ideally placed to produce accurate and reliable technical data around different LEDs and their energy-saving potential. That meant customers were able to easily see the cost benefit on offer.
RS Components also created a dedicated website for SSEN where customers were able to find the right bulb for their requirements and place orders. It assisted in the next phase of the trial, too. SSEN wanted to offer LED bulbs free of charge to some customers, so RS Components helped identify the most commonly used bulbs for certain properties. So in addition to the knowledge, expertise and collaborative approach, in many cases, that meant supplying RS Pro brand bulbs, which were judged to offer the best quality and price.
The outcome
The overall response rate SSEN experienced from customers targeted by the energy-saving project was an impressive 76%. An average of seven LED lights per house were supplied to those customers.
Analysing the energy savings produced by the pilot scheme has revealed some interesting points of comparison. If the project’s results were scaled up to be rolled out nationwide, they would look like this:
That might sound like a vast sum of money, but it’s the reduction in energy consumption that is truly significant. To put things into perspective, 1.3 GW is approximately the annual output of a nuclear power station, which could cost something in the region of £5 billion to build.
access_time 2 minute read time 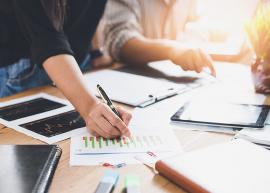 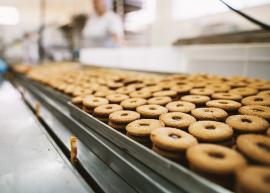