A business built with DesignSpark

RS’s DesignSpark was launched in 2010 with the aim of providing design engineers with a suite of free resources to help them develop new projects and get the benefit of an engaged community of fellow engineers.
“DesignSpark is all about providing a valuable resource for the engineering and design community which, in turn, we hope will lead those people to have an instinctive preference for RS as a supplier of parts and equipment,” says Mike Bray, Vice President of DesignSpark, RS. “What’s particularly exciting for us is that the user group of DesignSpark tends to be in the 18-34 year-old demographic, which represents the future of the industry.”
One of DesignSpark’s biggest success stories to date fits Bray’s description almost perfectly. When Jesse Lozano completed his law degree in 2012, firms weren’t hiring many graduates because of the continuing effects of the 2008 financial crisis. He didn’t like the idea of spending more time (and money) going back to university, so he looked around for a marketable skill that he could teach himself: he decided to learn to write computer code. This inspired him to set up a business catering for the computer science education market.

"We would not have been able to create Pi-Top if it hadn’t been for DesignSpark "Jesse Lozano, CEO and Co-founder, Pi-Top

“Ryan Dunwoody [co-founder of Pi-Top] and I met in Entrepreneur First, an accelerator that puts people together to potentially create something new and innovative,” Lozano recalls. “Ryan was interested in using Raspberry Pi as a platform and we thought it would be a good idea to make a laptop powered by Raspberry Pi.
“The fact that I taught myself to code helped inspire us to make a product that fitted into the educational space,” he adds. “We saw that there was a real gap in the market for hands-on educational hardware to help promote computer science.”
However, while the business would go from strength to strength, Lozano and Dunwoody had modest ambitions when they started the project. “We put a render of what we were planning online,” he explains, “and it got a huge amount of interest, so we thought it might be something bigger than a hobby project.

" I genuinely believe that we’ve created the best product that’s been built around a Raspberry Pi to date " Jesse Lozano, CEO and Co-founder, Pi-Top

“People had made Raspberry Pi laptops before but there was nothing that looked as professional as ours. We realised we were creating something unique that had the potential to be very successful.”
The next stage was critical, moving from designs to an initial prototype required time, hard work and money. “We put just about all our savings into buying a 3D printer and if you look at page 195 of this year’s Guinness Book of World Records you’ll see us there with the world’s first 3D-printed laptop.”
This investment paid off, as they were able to create multiple iterations of their prototype cheaply having paid the upfront cost for their 3D printer. Also crucial was the free software available through RS’s DesignSpark website. “We made all our first printed circuit board designs on DesignSpark,” says Lozano. “It was ideal because it was free to use and you could put an unlimited amount of components in the designs. It was the most cost-effective way for us to create a very complex product.
“We had practically no money at this stage, after buying the 3D printer and the parts we needed, so we wouldn’t have been able to create Pi-Top if it hadn’t been for DesignSpark,” he adds. “We wanted to bring a certain level of design quality to the Pi-Top so that it had that wow factor for an educational device, because you don’t tend to see that sort of product in this sector.
“RS and DesignSpark have one of the largest and most-informed communities of design engineers,” Lozano says. “Early on we featured as a case study on the DesignSpark website, which led to a lot of interest in our product and some great friendships and input from the DesignSpark community into what we were doing.”
The secret to the product’s success was that Lozano and Dunwoody developed a board that would convert HDMI signals into LCD signal format, which meant the Pi-Top could use LCD screens instead of HDMI, which dramatically reduced the unit cost. Added to the stylised, professional design of their initial prototype, the pair successfully raised $250,000 in crowdfunding to create the first commercial prototype and set up a factory in Shenzhen, China.
To date, the company has sold more than 35,000 units (Pi-Top and Pi-Top CEED desktops) in just over a year of being up and running. The company has 34 employees and sales are growing steadily every month with offices in the US, London and a manufacturing base in China.
“My advice to anyone in the DesignSpark community who wants to do something similar is to make sure that whatever your idea is, you love it enough to dedicate your life to it for at least the next three to five years,” says Lozano. “Talk to people and engage with communities like DesignSpark because there is some great advice or support out there if you need it.
“It’s a bold claim, but I genuinely believe that we’ve created the best product that’s been built around a Raspberry Pi to date. Now the business is evolving, so hardware is only around 50% of what we do – the big growth area is in the software that we create to run on the Pi-Top.”
access_time 3 minute watch time

Jesse is the CEO and Co-founder of Pi-top. Their mission is to develop affordable and accessible learning environments that provide students with the necessary skills and knowledge to thrive in a world of accelerating advancements in science and technology.

Mike started out his career researching and lecturing on political science before moving to the private sector with RS Components. He has over 20 years’ experience with RS, and has worked in a number of senior management positions across their International division, Electronics and Product Marketing teams. He now leads the DesignSpark business unit in Innovation, developing an eco-system of engineering design resources that supports over 500,000 makers, creators and educators globally. Mike holds a Master of Philosophy degree in Political Science from the University of Newcastle. 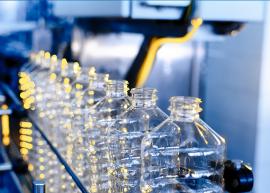 Packing in savings with smarter processes 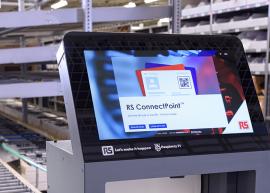 An innovative approach to getting the parts you need 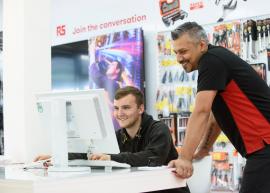