Engineering matters. It was the lifeblood of the industrial revolution, which helped Britain become a global economic powerhouse during the 18th and 19th centuries. And it still matters today – it contributes around 25% of the country’s GDP.

Engineering matters. It was the lifeblood of the Industrial Revolution, which helped Britain become a global economic powerhouse during the 18th and 19th centuries. And it still matters today – according to the latest figures from industry body Engineering UK, the sector accounts for 23% of the country’s economy and employs 19% of the total UK workforce.

But it is also still a male-dominated industry. The same report from Engineering UK also found that while women make up 47% of the UK workforce, only 12% work in engineering occupations.

One woman who does work in this sector is Gabriela MacLeod, a calibration engineer at RS Components. She took time out from the lab to tell Connected Thinking what being a woman in engineering means to her.

Tell us a little about yourself.
I graduated with a Bachelor of Engineering and for the last seven years or so I’ve been working as a calibration engineer. A typical day for me involves calibrating and testing the accuracy of a range of measurement instruments and equipment sold by RS Components, ensuring they conform to British Standards and UKAS requirements. This can be everything from electrical items to weighing scales – a set of scales needs to be accurate and reliable, after all.

I haven’t always been a calibration engineer though. I’m actually qualified as a food engineer and after university I worked in a chocolate factory. The work I did then was different to what I do now in the lab at RS Components. But while they are different fields, you follow the same engineering approach. And if anyone wants to appreciate just how integral engineering is to their daily life, the role it plays in the production of the food we eat is an ideal place to start.

When did you realise you wanted to be an engineer?
When I was 11 years old. At school we were using a vernier caliper and learning all about how it is used for very precise and accurate linear measurement, and how useful it is when measuring objects like cylinders. My father was a mechanic and when he started explaining how to use the caliper and what it was for, he really brought the subject to life for me. I was hooked. I was learning something new, something useful, and it was fun. That has stayed with me my whole life.

Several years later it was time to decide what to study at university. Now, my mother thought I should become a teacher – a biology teacher to be precise. But I had different ideas. I thought engineering was much more interesting and a lot cooler, too. I think it helped that my parents regarded engineering as a good profession. All in all, you could say I was very driven.

"Engineering is part of everything around us. The more you understand it, the more you start to appreciate the world and how everything works." Gabriela MacLeod, Calibration Engineer, RS Components

What was it about engineering that interested you?
Engineering is part of absolutely everything around us. The more you understand it, the more you start to appreciate the world and how everything works. Solving problems against a backdrop of constantly changing variables is a real challenge and one that gives you an equally real sense of achievement when you overcome a problem.

In my job at RS, I calibrate dimensional items and that includes vernier calipers too. When I think back to the 11-year-old me, I realise how I became fascinated about the world of engineering because of a simple, fun moment spent learning about that very instrument.

Have you faced challenges you think a male engineer wouldn’t encounter?
There has never been a time when I wasn’t aware that I am a woman and an engineer. This is a male-dominated field, even though there are more women joining the profession. So, the short answer would be yes.

When I was growing up, my father was a very traditional sort of man while my mother was more of a free spirit. I think that taught me you should always be aware of what others expect of you, but also that there is always more than one way of doing things so you should try to find your own path to success. So I’ve never been put off by challenges – I’ve been prepared for them. Every challenge, every obstacle has made me more determined to prove my abilities.

Seven years ago I was only the second woman in the lab and the youngest woman there. The lab team had highly experienced calibration engineers who were proud of the work they had been doing there for more than 20 or so years – for them having a young female engineer around has meant having to adjust to a change. But that was then, and there are now more women in the lab. In fact, women make up to 25% of the lab team today.

Are there any significant gender differences?
Being a calibration engineer role is fairly gender-neutral, so it’s hard to think of a situation where the gender difference could have caused me a challenge. Also, the calibration team is very close and supportive with each other. If there are times when I need to call for assistance from my male colleagues they are always happy to help.

I think women have different ways of approaching things. When I started working I asked a lot of questions – and I mean a lot. These days when I train new employees I see how tiring it can be to be bombarded with questions. It makes me appreciate even more the patience of my engineering mentors who helped me early on.

Asking questions is hugely important, though, and something I have started to notice is that when we have new starters, the men ask far fewer questions than their female colleagues.

What do your friends and family now think of your chosen career?
Well, some of my girlfriends think I’m a bit of an alien! When it comes to work, their worlds and mine are completely out of sync. So I don’t really get to talk to them about my job and there are times when that can feel a little isolating.

But it has become the basis of a great new level of friendship with my father. It’s a subject we can really connect over and we have great conversations because of it.

"Don’t be afraid of making mistakes. Failing doesn’t make you a failure – it’s something you should learn from." Gabriela MacLeod, Calibration Engineer, RS Components

What advice do you have for young women considering a career in engineering?
Don’t give up. Take your time. Science is fascinating and can show you all the wonder in the world. So just give yourself time.

If you could travel back in time and give your younger self one piece of career advice, what would it be?
Don’t be afraid of making mistakes. Failing doesn’t make you a failure – it’s something you should learn from. 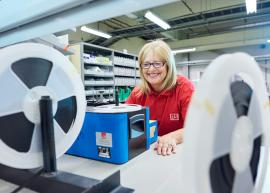 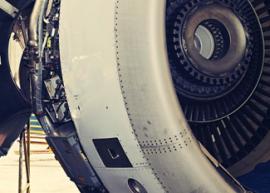 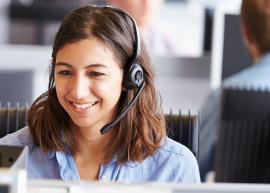 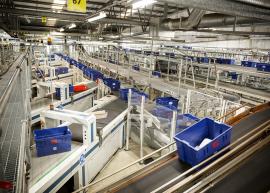 Secrets of a successful supply chain