The robots are coming… embrace it

As UK manufacturing begins to embrace the fourth industrial revolution, robots are set to play a key role in improving productivity across the sector

Automation is a subject that has garnered more and more coverage in recent years, particularly in the consumer space with driverless cars and drones attracting a lot of attention. In the world of manufacturing, increased automation has been a steady process for a number of decades, but the latest trend offers the potential for even greater advances – robots are set to play a major part in UK manufacturing over the next five years, according to the manufacturers’ association EEF.

"We are at the start of the robotics phase in UK manufacturing "Martin Strutt, Region Director, EEF

“I believe we’re at the start of the robotics phase in UK manufacturing,” says Martin Strutt, Region Director at EEF. “There are two big advances that we’ve seen in robotics recently. First, we now have collaborative robots rather than standalone ones. Previously, robots were caged off to keep them away from human employees due to health and safety risks, which limited what they could be used for. Now, robots can be placed in the middle of an assembly line because they have sensors so that they know when humans are in close proximity and they will slow down or stop.
“Second, we are seeing the price of industrial robots dropping dramatically,” Strutt adds. “I recently spoke to a manufacturer who told me they had bought a superior, next generation robot to the one they had purchased two years previously – and it had halved in price.”
Accelerating automation
Research backs up what Strutt says – in 2015 there were around 1.6 million industrial robots worldwide according to the International Federation of Robotics, with this figure rising to an estimated 2.5 million by 2019.[1] “Collaborative robots have only really been used in the last two to three years,” says Strutt. “But at EEF we believe this is just the start, and the take-up of robots and automation will accelerate in the coming years.

"Given that robots have become both more usable and affordable, it would be crazy not to at least consider investing in the technology "Martin Strutt, Region Director, EEF

“The falling prices clearly mean that companies can get the payback on their investment much more quickly, with some robot manufacturers advertising an 18-month return on investment for their products,” adds Strutt. “Given that robots have become more usable and affordable, it would be crazy for manufacturers not to at least consider investing in the technology.”
The potential benefits can’t be underestimated, according to research by Barclays. Its Future-Proofing UK Manufacturing’ report[2] suggests that if companies spent £1.24 billion in automation investment it could raise the overall value added by the manufacturing sector to the UK economy by £60.5 billion over a decade. In addition, if the UK became as automated as its G7 competitors it could boost productivity by 22%.
The reason for this, according to Strutt, is simple: “Robotics and automation bring a consistency to a repetitive process that cannot be matched by a human,” he explains. “The more automation there is, the greater that productivity can be increased – robots are ideal for highly repetitive jobs because they don’t get bored and can run 24 hours a day, seven days a week.
“However, it’s important to note that robots on their own will not suddenly make your business more efficient – you need to fit the right type of robots to your specific processes and identify ways in which the automation that they offer will improve your productivity,” Strutt adds. “The big positive is that robots are relatively flexible, so they can be reprogrammed quickly to take on different tasks, which extends their life and value.”
Big data
Robots also play into the wider trend of manufacturers embracing the fourth industrial revolution or Industrial Internet of the Things (IIoT). “It stands to reason that as soon as you introduce more machines into your production process, which are connected together, you generate more data, which can be analysed and used to make further improvements,” says Strutt. “This data can be used to drive predictive maintenance on the machines themselves, to monitor and improve on product quality and the data fits into the overall picture of the efficiency of your operations. None of this is possible with a human worker.”
In addition, Strutt points out that the UK is moving towards an era of higher customisation, and with people demanding customisation at mass-production prices something that is only likely to be achievable with the help of robotics in the assembly process.
“Automotive manufacturers were the leaders in using robotics, but those tended to be large standalone robots. Electronics manufacturers are leading the way in using smaller robots next to people on assembly lines,” says Strutt. “I expect to see a greater uptake in robotics for UK manufacturers in the future because, aside from the cost, flexibility and other benefits, quite simply they will fear being left behind their competitors. As such, I expect to see robots becoming a common sight on manufacturers’ assembly room floors.”
So what then of the dire predictions of robots taking all our jobs? Are assembly-line robots the thin end of the wedge? Strutt doesn’t think so: “I still think there will be a key role for people in manufacturing – both for roles that are better suited to a human, but also to look after programming and maintaining the machines,” he says. “A number of our members have successfully transferred employees from the shop floor into a role that involves simple programming and maintenance of robots.
“There’s no point in fearing robots and automation – it’s another step in improving productivity and driving growth in our economy.”
http://www.eef.org.uk
[1] https://ifr.org/downloads/press/02_2016/Presentation_market_overviewWorld_Robotics_29_9_2016.pdf
[2] http://www.newsroom.barclays.co.uk/r/3273/investment_in_manufacturing_robotics_could_boost_british

Martin is responsible for managing and developing relationships with EEF member companies in the South of England. He is a highly accomplished Operations Director with many years’ experience working with a range of manufacturing businesses. Martin has a proven track record of reorganisation, process improvement and profit growth. www.eef.org.uk 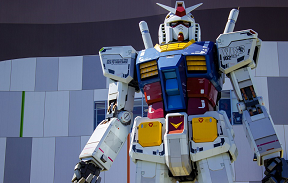 A big part of the Fourth Industrial Revolution are networked systems – systems that communicate via Wi-Fi, Bluetooth or infrared – that can create an autonomous work process from start to finish. The truth is that businesses are going to employ fewer people to operate assembly lines that are becoming fully automated. Businesses will prefer to employ people with technical skills or will develop technical skills in their workforce. As the industry is moving away from “one man, one job”, employees will need to be multi-skilled and technically savvy. This will enable companies to increase productivity and efficiency.

The benefits of shared strategic responsibilities

The art of continuous improvement in MRO